Two hundred people fanned out across the 1,200-seat Allen Elizabethan Theatre in Ashland on Friday to see a preview of Oregon Shakespeare Festival’s first in-person performance, “Fannie: The Music and Life of Fannie Lou Hamer,” since a world pandemic darkened stages in March 2020.

The giant voids between audience members, however, seem to disappear as actress-singer E. Faye Butler became Hamer, a Black leader of the civil rights movement in the 1960s and ’70s who bolstered her courage by singing congregational spiritual songs.

When Butler sang softly, “Keep your eye on the prize,” and one of the three musicians, guitarist Chic Street Man, followed with “hold on,” delivered as low as if your subconscious was speaking, theater magic happened. The audience responded as one.

It was a challenge for Butler, who is making her OSF debut in a music-fill play that was written for her, to emotionally join an audience physically spaced apart.

“But it speaks to her artistry that she was so electric she got everyone on their feet,” said Todd Nielsen of Ashland, who was sitting in the balcony of the outdoor theater. “I just wish I were closer.” OSF play review: ‘Fannie’ is a triumphant return to the stageFannie Lou 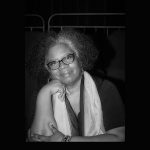