Meet the Creative Team for ‘Last Stop on Market Street’

Last Stop on Market Street is currently streaming as a virtual performance. This play has been a labor of love for so many here at Children’s Theatre Company and we wanted to take some time to recognize the amazing talent behind the scenes.

Our music and lyrics team is none other than the father-son duo of Lamont and Paris Ray Dozier working with us on their second musical together to bring rhyme and rhythm to Last Stop. Lamont is a famous Motown musician. When his career as a singer didn’t go quite as he had hoped, Lamont pivoted in the music industry and developed his skills as a producer, songwriter, and artist for Motown Records. With them, he created hits such as “Stop! In The Name Of Love,” “Reach Out, I’ll Be There,” “Baby Love,” and many, many more. After about ten years, Lamont left Motown Records and bounced around looking for record deals. He received contracts with Warner Bros., Columbia Records, Atlantic Records, and a few others. In 1990 Lamont was inducted into the Rock and Roll Hall of Fame. With such a musical father, it’s no wonder Paris grew up to be just as talented. However, while his father mastered Motown’s sound, Paris diversified his portfolio, producing works across Hip-Hop, RnB, Pop, and Musical Theatre. Paris wrote, sang, and produced for Disney Music Group’s Hollywood Records, Saturday Night Live, In The Blood, Last Stop On Market Street, Lyric Opera of Chicago’s Empower Youth Opera, and many more. It’s fair to say that the Doziers have done it all.

Our spectacular director, Henry Godinez, is best known for his Latino theatre work in Chicago. As a Cuban-American director, actor, and professor, Godinez imbues all of his work with storytelling, educating, and making connections. With the Clarence Simon Award for Teaching and Mentoring, Latino Professional of the Year Award by Chicago Latino Network, and a few more awards under his belt, Godinez has directed A Year With Frog and Toad, Anna In The Tropics, A Christmas Carol, and many more.

The wonderful woman who adapted this book to the stage for us was none other than Cheryl L. West, acclaimed American playwright. Known for writing plays for young and multigenerational audiences, West has written for both on and off Broadway. Some of her most popular shows are Play On!, Shout Sister, Shout!, Lizzie Bright and the Buckminster Boy, Akeelah and the Bee, and Addie, American Girl Story. With her great grandfather, Willie, and her grandmother, Lemmie, West grew up with some “master storytellers” in her family. It’s no wonder that she herself went on to win over ten playwriting awards for the fifteen plays she’s written.

We could not be more proud to have these amazing artists on our creative team for Last Stop On Market Street. Their combined experience, history, and creative genius has made this show a masterpiece that we can’t wait for you and your family to enjoy.

Can’t wait to see their work in Last Stop on Market Street? You only have until November 22, 2020 to stream this show! Check it out now. 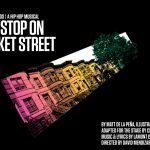